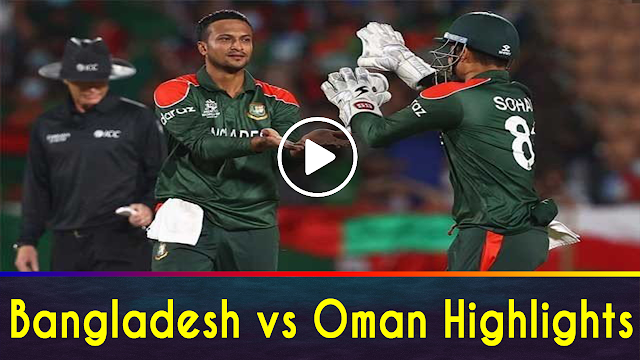 In the sixth match of the first round (qualifying round) of the ICC T20 World Cup, Bangladesh was bowled out for 153 in the allotted 20 overs in reply to which Oman could score only 127 runs for the loss of 9 wickets.

Read more: By recalling the batsmen, Pakistan set an example of sportsmanship

Earlier, Bangladesh captain Mohammadullah won the toss and elected to bat first. Muhammad Naeem scored a brilliant half-century and played an innings of 64 runs. Lytton Das was the guest for 8 runs and Mehdi Hassan returned to the pavilion without opening an account.

Shakib Al Hasan played an innings of 42 runs, Noorul Hassan 3 and Afif Hussain were out for one run. Captain Muhammadullah scored 17 runs. Fayyaz Butt and Bilal Khan took 3.3 wickets each for Oman.

It should be noted that Scotland had defeated Bangladesh in the first match.