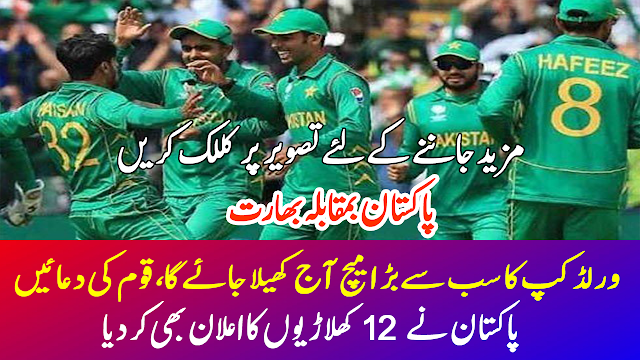 Dubai: Pakistan’s 12-member squad for the match against India in the T20 World Cup has been announced.

Pakistan’s 12-member squad has been announced for the match against India in the T20 World Cup, and former captain Sarfraz Ahmed, Wasim Jr., and Muhammad Nawaz have not been included in the squad. 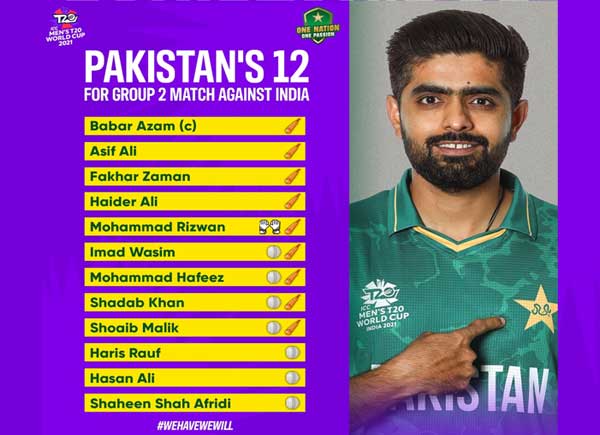 Captain Babar Azam said that our morale is up and all the players are fully ready to play. Will try

It should be noted that the biggest match of the event in the ongoing T20 World Cup in Dubai is taking place between Pakistan and India on Sunday, October 24. Millions of cricket fans from all over the world, including Pakistan and India, are eagerly waiting for this match.