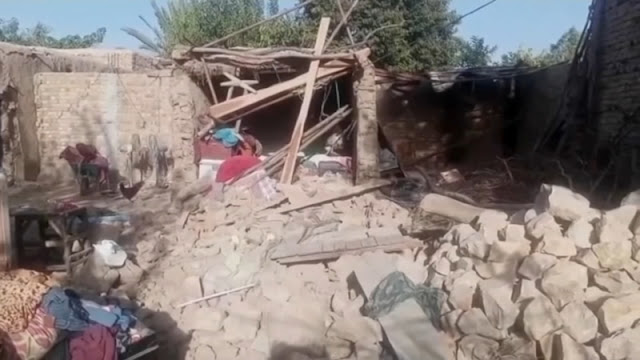 QUETTA: At least 22 people were killed and several others injured in an earthquake in different parts of Balochistan.

An overnight earthquake in different parts of Balochistan has wreaked havoc, killing 22 people and injuring several others, while rescue operations have been launched in the affected areas.

According to the epicenter, the quake struck at 3:02 pm with a magnitude of 5.9 and a depth of 15 km while the epicenter was near Harnai. The quake affected Quetta, Sibi, Chaman, Ziarat, Qila-e-Abdullah, Zhob, Loralai, Pishin, Muslim Bagh and other areas of the country. And government buildings were damaged.

Rescue operations have been launched in the quake-hit areas of Balochistan and a helicopter has reached Harnai to evacuate the injured to Quetta, while doctors and paramedics have been called to the hospitals in Harnai and Quetta.

On the other hand, DGP DMA Naseer Nasir said that Harnai is a hilly area due to which there are difficulties in relief work. However, levies and rescue teams are also engaged in relief work in the affected areas of Harnai.

According to the Pakistan Army Public Relations Department (ISPR), nine people who were seriously injured in the quake have been airlifted to Quetta by Army helicopters while medical facilities including distribution of food and relief items to the affected population have been provided. Has also been started.

ISPR’s IGFC Balochistan has also reached Harnai and is self-assessing the damage, while an urban search and rescue team has been dispatched from Rawalpindi.

Prime Minister Imran Khan expressed deep sorrow and regret over the loss of precious lives and property as a result of the earthquake in different parts of Balochistan and directed the government to provide all possible assistance to the concerned federal agencies in providing relief to the injured. Directing the provision of best medical care, he said that the federal government would extend all possible assistance in this difficult time.